Get Inspired by Courtney Kerr

Our first featured candidate is one of the reasons I was first attracted to blogging industry. Watching her success intrigued me and inspired creative thinking as to how I too could accomplish my own similar goals. She was a young, intelligent and successful individual named Courtney Kerr. Her fearless ability to go after what she believes and abandon her past should be recognized and noted that it is not and easy task to accomplish. She had to let go of what she had previously built & decided to follow her fashion dreams & destiny. Courtney has found ways to  expand her blogging business to become more than just a blog. She attended blogging events and conferences which led to other opportunities in the entertainment industry.  Her eye for style, business sense and alluring personality looks make her this months March inspiration at Nikki’s Traveling Fashion!

Courtney, a young woman from Dallas, Texas has a sassy personality and knack for style that has allowed her to brand her name and establish her fashion empire. In 2011, she ventured into the blogging industry and created her first masterpiece, “What Courtney Wore”. She quickly was able to capitalize on her blog, networks and talent linkages in the fashion industry.  As her fame spread and  her blog trended she began doing everything from morning shows to a show on the BRAVO network called, “Most Eligible Dallas”.  Courtney hasn’t skipped a beat all while maintaining hers style and look per location. More importantly, her business sense and ability to capitalize and create opportunities for herself make her a commendable and aspirational woman and fashion figure in today’s global society. 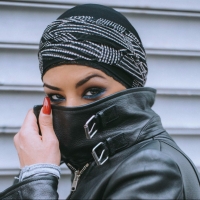