This August we would like to honor Taylor Swift for her many acts of generosity. She often finds big ways to make a statement and is a great example of an entrepreneur that stands up for what she believes in. She recently released sad news that her mother is fighting cancer. Taylor has been know to build bonds with her fans, especially those that may be battling cancer. She reached out to one of her fans who had lost their mom to cancer saying, “‘I love you so much and can’t imagine what you must be feeling today. You’ve lived through my worst fear.” 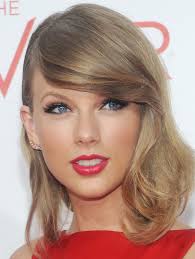 In 2014 she released her hit album “1989” and made the cover of Rolling Stone magazine. During her photo shoot Taylor was ambushed by the papperazzi on her way out. Her security quickly jumped to her defense. But her reaction serves as a lesson to us all. She simple states, “”You want to know a trick to immediately go from feeling victimized to feeling awesome?” she says. She pulls out her phone and hands me the earbuds: “This is my go-to.” She presses play, and Kendrick Lamar’s “Backseat Freestyle” fills the speakers.

Taylor’s album quickly became a big hit selling millions. Taylor is this months inspiration not due to her success but her ability to carry herself on a daily basis and her acts of kindness whether large or small are appreciated by her fans and we want her to know that. She has the power that few have to make an impact on the lives of many and her generosity and ability to touch people through her music, chic style and acts of kindness make her a August’s Inspiration at Nikki’s Traveling Fashion! She is known for reaching out to her fans on social media and in 2014 responded to a 14 year old girl that was being bullied on her Instagram. Her kind words of encouragement and charitable donations to causes she believes in makes her a role model I can get behind. She has a strong voice and a kind heart that demands to be heard. She is a inspiration to women everywhere. Something about Taylor just reignites with you.

Who do you think should be next month’s inspiration??? Leave your choice below.

Thanks for stopping in!